Welcome to our sixty ninth online suggested practise for the week. We are now broadcasting a live teaching each Monday evening. If you would like to participate please contact us using the contact form on the homepage.

2.0) The Poisons. – Presented by Dee Cormack 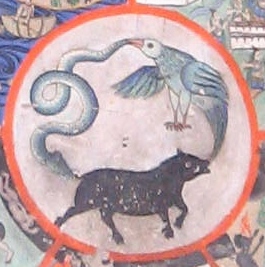 In his early teachings, the Buddha identified “poisons,” or negative qualities of the mind that cause most of our problems—and most of the problems in the world. The poisons are: greed (or lust), hatred (or anger), delusion (or ignorance), jealousy and pride. The poisons are opposed by wholesome or positive attitudes essential to liberation, and Buddhist practice is directed toward the cultivation of these virtues and the reduction or destruction of the poisons. Practitioners identify those thoughts that give rise to the three poisons and don’t dwell on them, while nurturing the thoughts that give rise to the three positive attitudes.

We don’t need to look far to see the three poisons at work. We see them every day in the news and in the streets, and if we pay attention, we can see them in our own mind and actions. The arising of these feelings may be outside our control—we don’t choose to be angry, for instance. But recognizing how greed, hatred, and delusion cause tremendous harm in the world can help us learn to manage them. Likewise, just as swallowing poison later causes sickness, nurturing these harmful attitudes leads to negative behaviours we will later regret.

The Three Poisons: The Unwholesome Roots of Our Unease
The Buddha said that the five poisons are subsumed into three main poisons.
In the centre or hub of the iconic Buddhist image of the Wheel of Life usually you will find a picture of a pig or boar, a cock and a snake. The energy of these creatures turns the wheel of samsara, where un-liberated beings wander and experience birth, death, and rebirth, around and around.
These three creatures represent the three main poisons, or Three Unwholesome Roots, which are the source of all “evil” and negative mental states. The Three Poisons are usually translated as “greed,” “hate” and “ignorance.”
As long as our actions are conditioned by the Three Poisons they will generate harmful karma and cause problems for ourselves and others. Living a moral life, then, doesn’t just require following the Precepts but purifying ourselves of the Poisons as much as we can.
Ignorance
Ignorance, represented by the pig, leads to greed and hate. According to a Buddhist master:
“For all evil things, and all evil destiny, are really rooted in greed, hate and ignorance; and of these three things ignorance, or delusion, is the chief root and the primary cause of all evil and misery in the world. If there is no more ignorance, there will be no more greed and hatred, no more rebirths, no more suffering.”
The antidote to Ignorance or Delusion is Wisdom
Hate
The Sanskrit word for hatred can also mean anger and aversion. Hate arises from ignorance because we don’t see the interconnectedness of all things and all beings and instead experience ourselves as standing apart.
Because we see ourselves as separate from everything else we judge things to be desirable — and we want to grasp them — or we feel aversion, and we want to avoid them. We are also likely to be angry with anyone who gets between us and something we want. We are jealous of people who have things that we want. We hate things that frighten us or seem to pose a threat to us.
The antidote to hate is loving kindness.
Greed
Greed refers to desire or attraction for something we think will gratify us or make us, somehow, better or greater. It also refers to the drive to preserve and protect ourselves.
Greed can take a lot of different forms but a good example of it would be acquiring things to elevate our status. If we are driven to wear the most stylish clothes so that we will be popular and admired, for example, that is greed at work. Hoarding things so that we will have them even if everyone else must do without is also greed.
Self-glorification, however, rarely satisfies us for long. It puts us at odds with other humans, many of whom are seeking self-glorification also. We use and manipulate and exploit others to get what we want and to make ourselves feel more secure, but ultimately this makes us more and more isolated.
The antidote to greed is generosity.