Welcome to our forty fifth online suggested practise for the week. We are now broadcasting a live teaching each Monday evening. If you would like to participate please contact us using the contact form on the homepage.

2.0) Readings ‘Drinking tea when there is no way out’ and ‘Going with the flow’ by Ajahn Brahn – Presented by Joyce Stirling 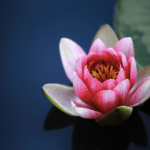 There is always something we can do with the ingredients of our day, even if that something is just sitting down, enjoying a cup of tea. The following story was told to me by a former colleague. He was a fellow schoolteacher, but before that he had been a soldier serving in the British Army in World War 11.
My colleague was on patrol in the jungles of Burma: he was young, far from home and very frightened. The scout from his patrol returned to tell the Captain the terrible news. Their small patrol had stumbled into a large number of Japanese troops. The patrol was vastly outnumbered and completely surrounded. The young British soldier prepared himself to die.
He expected the Captain to order the men to fight their way out: that was the manly thing to do. Maybe someone would make it. If not, well, they would take some of the enemy with them into death; that’s what soldiers did.
But not the soldier who was the Captain. He ordered the men to stay put, sit down, and make a cup of tea. It was after all the British Army!
The young soldier thought his commanding officer had gone mad. How can anyone think of a cup of tea when surrounded by the enemy, with no way out and about to die.
In the Army, especially at war, orders had to be obeyed. They all made what they thought was their last cup of tea. Before they had finished drinking their tea, the scout came back and whispered to his Captain. The Captain asked for the men’s attention. “The enemy has moved,” he announced. “There is no a way out. Pack your kit quickly and quietly- lets go!”
They all got out safely, which was why he could tell the story many years later. He told me he owed his life to the wisdom of that Captain, not just at war in Burma, but many times since. Many times in his life, it was as if he was surrounded by the enemy, completely outnumbered, with no way out and about to die. He meant by the enemy, serious illness, horrendous difficulty, and tragedy, in the middle of which there seemed no way out.
Without the experience of Burma, he would have tried to fight his way through the problems and no doubt made things much worse in the process. But instead, when death or deadly troubles surrounded him on all sides, he simply sat down and made a cup of tea.
The world is always changing, life is a flux. He drank his tea, conserved his energy and waited for the time, which always came when he could do something effective-like get safely out.
For those who don’t like tea, remember this saying: “When there’s nothing to do then do nothing.” It may seem obvious, but it may also save your life.

GOING WITH THE FLOW
A wise monk I had known for many years, was hiking with an old friend in the wilderness. Late one afternoon they arrived at a splendid stretch of isolated beach. Even though it was against the monk’s rules to swim just for fun, the blue water was inviting and he needed to cool off after the long walk, so he stripped off and went in.
When he was a young layman, he had been a strong swimmer. But now, as a monk of long standing, it had been many years since he had swum. After a few minutes of splashing in the surf, he was caught up in a strong riptide that begun to sweep him out to sea. He was later told that this was a very dangerous beach because of the fierce currents.
At first, the monk tried to swim against the current. He soon realized though, that the force of the current was too strong for him. His training now came to his aid. He relaxed, let go, and went with the flow.
It was an act of great courage to relax in such a situation, as he saw the shoreline recede further and further away.
He was many hundreds of metres away from land when the current diminished. Only then did he start to swim away from the riptide and back towards the shore.
He told me that the swim back to land took every last ounce of his energy reserves. He reached the beach utterly exhausted. He was certain that had he tried to fight the current it would have beaten him. He would have been swept out to sea just the same, but so depleted in energy he wouldn’t have made it back. If he hadn’t let go and gone with the flow, he was sure he would have drowned.
Such anecdotes demonstrate that the adage “when there is nothing to do then do nothing” is not a fanciful theory. Rather, it can be life-saving wisdom. Whenever the current is stronger than you are, that is the time to go with the flow. When you are able to be effective, that is the time to put forth effort. 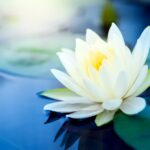 Loving-kindness is the thought of wishing total happiness for others and putting that wish into practice.

It is the thought of unconditioned, pure, and universal love towards all beings without attachment, self-centeredness, or expectation of rewards.

It is usually easy to wish joy and enlightenment to people whom we like and care about, like friends and family, or to those we find attractive.

But it is in these cases that we need to be especially careful to keep our meditation pure, or we could wind up strengthening attachment.

If we only wish joy to people whom we like, our grip of grasping at “self ” will become tighter; our intentions, more selfish; and our affecting emotions—such as craving and obsession—stronger.